Welcome to the traditional Moscow festival called Golden Autumn! The main event of the festival was a huge gastronomic fair which took place in the different parts of the city. The main venues of the festival included Manege, Revolution Square and Kuznetskiy Most street.

Beautiful and colorful installations from pumpkins, other vegetables and hay appeared on Manege Square. It was very unusual to see a combination of vegetables and historical buildings, museums near Red Square and by the Kremlin Walls. About 25’000 pumpkins were used to decorate Moscow! 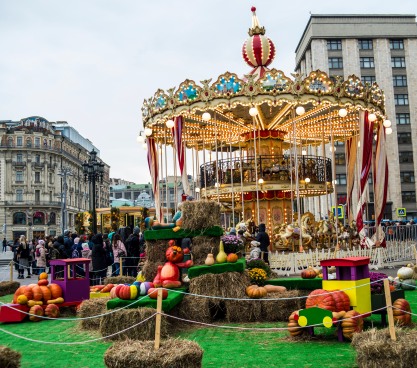 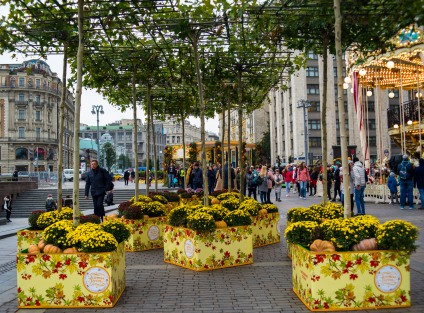 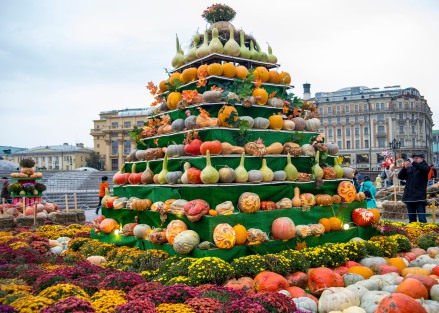 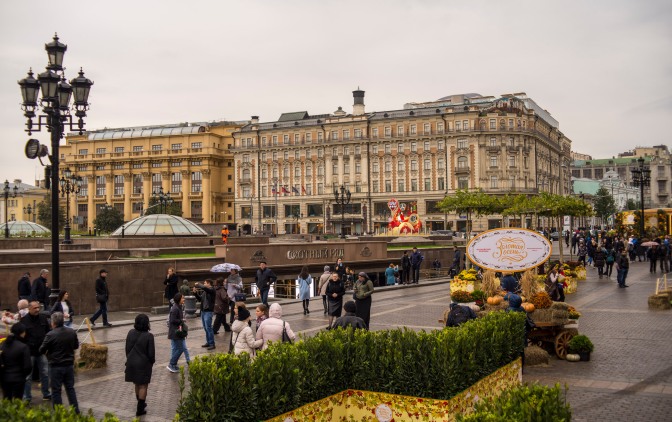 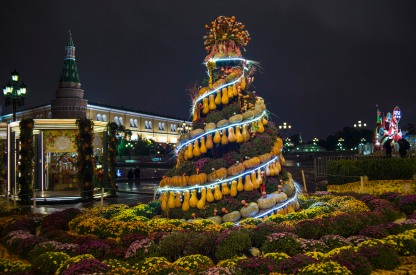 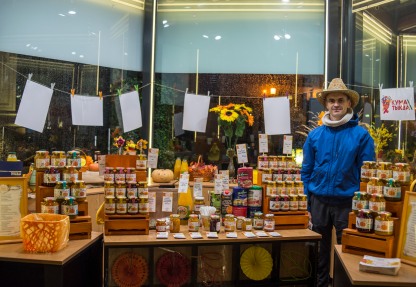 But the most surprising part was to see an installation “Artificial wave” for flowboarding which was built just in front of Kremlin Walls.

A very cozy market took place on the Revolution square. Farms from 40 Russian regions presented their products, including meat, cheese, fish, fruits and vegetables. A market was decorated nicely too. 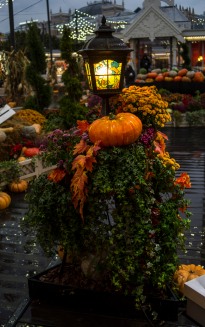 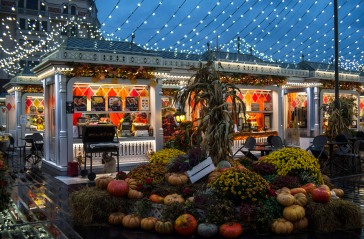 Even gloomy and rainy weather could not ruin the impressions. Especially when you see a piano just in the middle of the square 😊

Kuznetskiy Most street was decorated as a fish market with lighthouses. 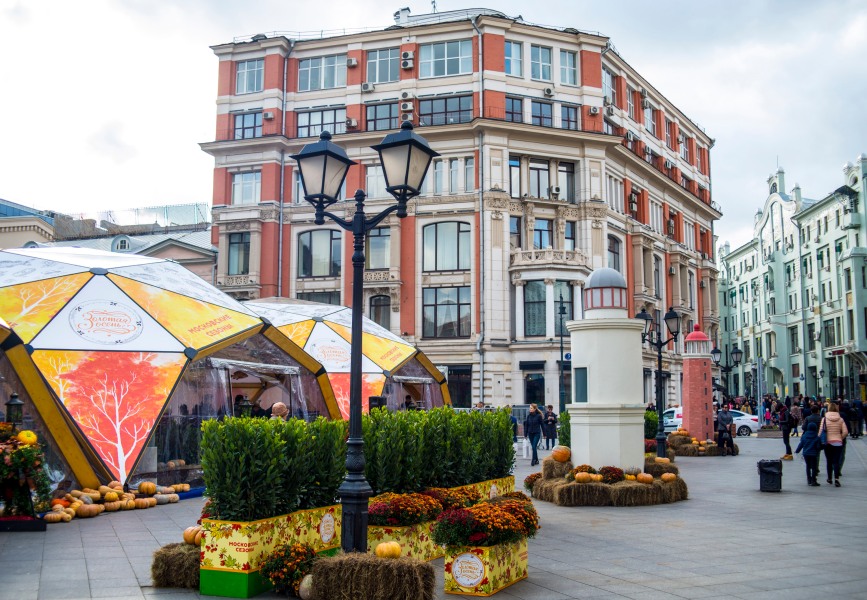 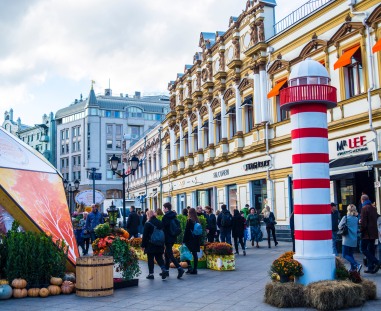 Autumn is a beautiful season itself but when the whole city is full of pumpkins it becomes even more spectacular!